HOW A WAGON HAMMER WAS USED

I got an inquiry from a worker at the Hammer Museum in Haines, Alaska, saying that they had a number of wagon hammers in their collection, but she was a little fuzzy about how a wagon hammer was used. I directed her to a website which had an illustration showing how the wagon hammer connected the doubletree to the wagon's tongue. Anyone else who might be interested can find the web page HERE.

Although it could certainly be used to drive a nail, a wagon hammer wasn't really a hammer. It was a fastening pin which had a hammer shaped head. It worked like this: 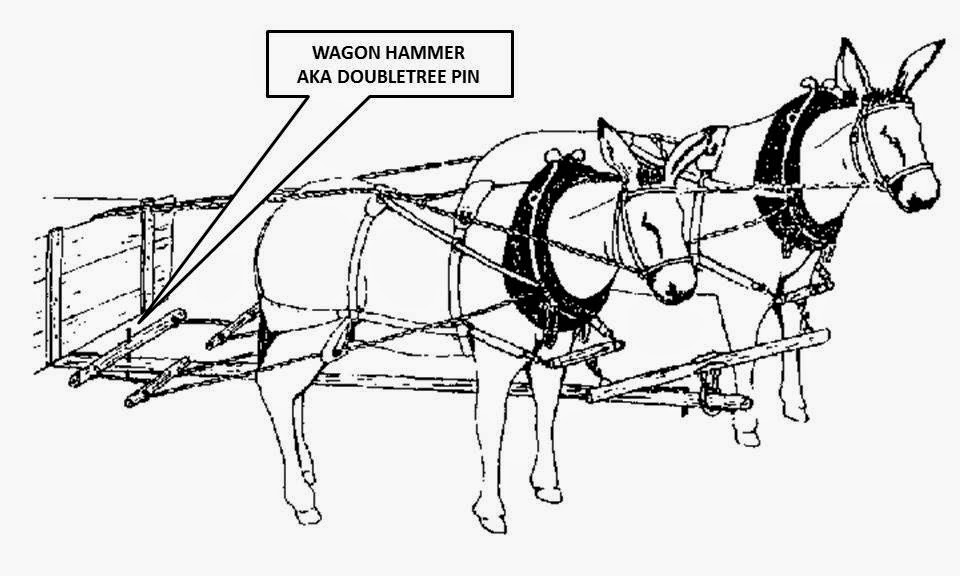 The hammer head was on the pin to keep it from falling out. Over time the wagon hammer evolved into a wrench like configuration. In that incarnation the wagon wrench was a dual purpose implement. Its primary purpose was to fasten the doubletree to the tongue, but it was also used to tighten nuts on the wagon assembly. And if Nelson Watkins, a witness at the Almanac Trial, can be believed, it made a pretty good murder weapon, too.
Posted by George R. (Bob) Dekle, Sr. at 2:43 PM No comments: