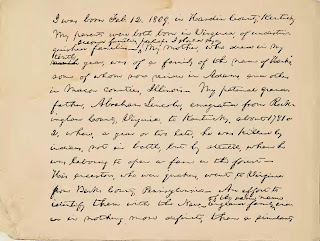 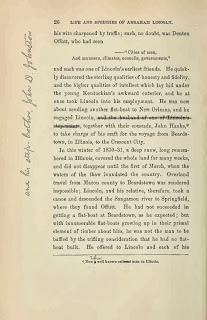 
If we stretch a point, we can say that Lincoln wrote three autobiographies, two in his own hand, and the third by annotating Howells's biography.
Posted by George R. (Bob) Dekle, Sr. at 5:26 PM